Aerial video of surfing Pipeline during the winter of 2013

Eric Sterman put together some aerial footage of surfing at the North Shore of Oahu, Pipeline.

There's not much to say.

It's good to see somebody captured the amazing frigid swells New jersey has gotten in the winter of 2013/14. Hop on over to Surfline and check out the last wave in the video, an epic 3 barrel ride. 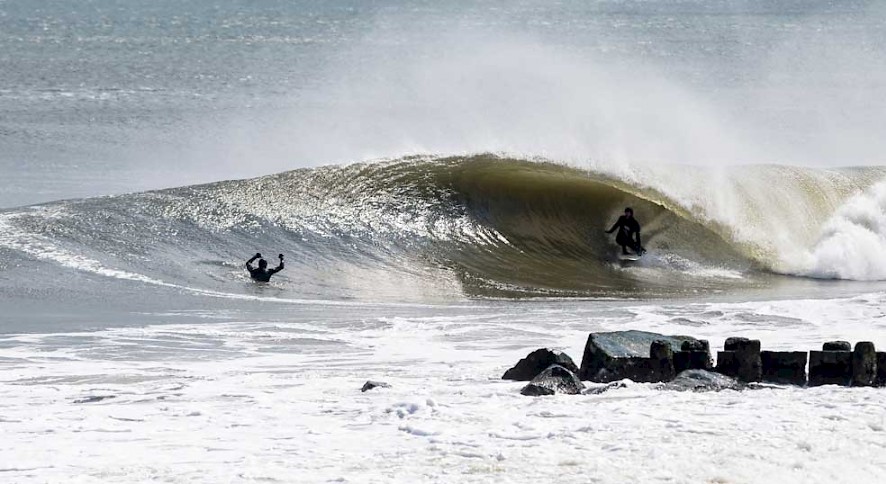 I haven't been surfing very long, but I can agree, this has been the best winter surf New Jersey has had in my limited surf-lifetime. Surfline did another great special on what NJ had to offer and will hopefully continue for the future. You would think this was northern Cali, but I'm proud to say it's New Jersey.