The east coast was predicted to have a Thanksgiving Eve nor’easter. And boy did we get one.

Check out this amazing photo from Bill McKim of Shuan McGrath dropping down the face of a 12+ foot wave in Belmar. 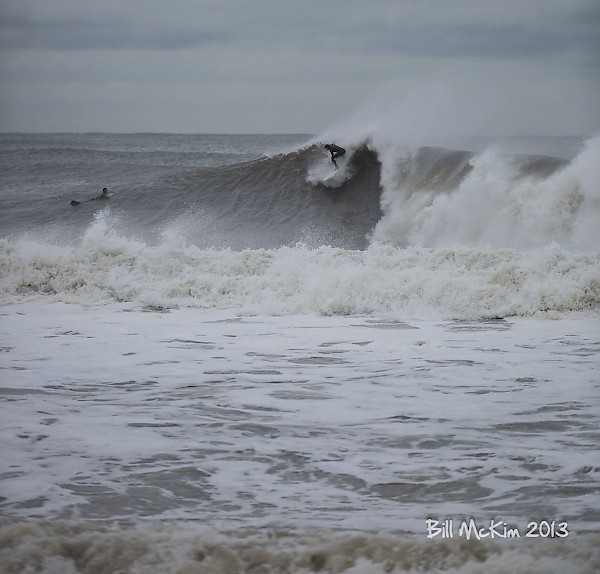 On Thanksgiving day we still had some strong swell with head high breaks. The bad part is was 20 degrees with a strong off shore wind (25mph). If you could bear it, you would have caught some amazing waves. You just needed to be at the right spot, otherwise it was the ususal jersey close out sale.

Surfline has a great feature of the east coast's Thanksgiving swell. It's a good read with great photography and a few videos.

UPDATE: Seems thesurfersview.com has put up a ton of photos and videos. It's pretty epic.

So the east coast had hurricane Bertha pass off shore, bring a nice summer swell this august. Unfortunately the waves were a bit too fast and got up to head high. If you had the skills it was epic. For the rest of us little folk, it was just practice. Here's a little clip I made before I went in. The waves eventually got up to about chest to head.