This past weekend a decent swell showed up on the shores of Jersey. It wasn't too crazy so I figured I could put my gopro on the board. During my session, I had to take a couple of waves on the head. When I popped back up from the water, the gopro camera was hanging by the safety leash. Whew!! Besides the power of the wave knocking off the camera (yes jersey has shitty, but heavy waves) I think the main reason the camera got knocked off is because the deck is slightly curved at the nose. So the sticky pad of the gopro mount never had a solid hold on to the deck.

Happy that the leash saved my camera I decided on a more permanent solution to mount the gopro to the surfboard. I stopped at Greenlight Surf Supply, and I bought 2 FCS center fin plugs to safely mount the camera on my surfboards. You can buy the GoPro surfboard camera mount as part of the hero expansion. 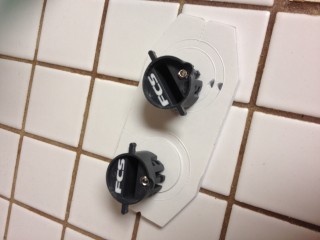 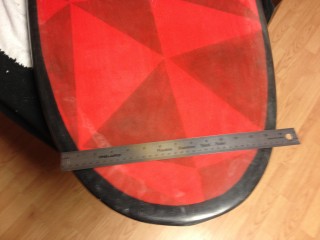 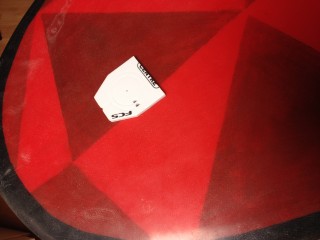 First step is to figure out where to install the plugs. I measured down about 6 inches from the nose and centered on the stringer. I cut the foam quickset jig in half, since I'll be doing a second install on my other board. Removed the paper backing and placed it on the marked area. 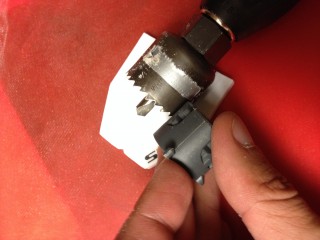 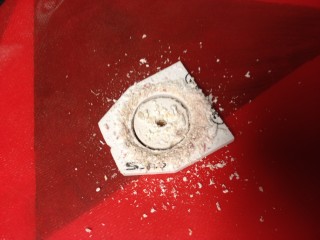 Next, I setup up my 1-1/2 inch holesaw bit. Generally you want to use a 1-1/8" bit, but since I didn't have that, the 1/2 inch version will do. The trick here is to tape off the bit to mark how deep you will drill down into the board. You want to measure to the height of the plug, plus add a little extra for the quickset jig. Once you are sure of your measurements, drill out the plug hole, make sure to use the drill guide on the jig, easy line up. 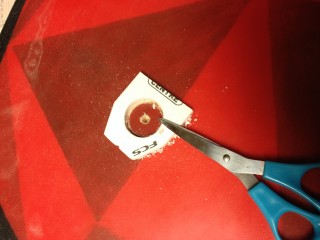 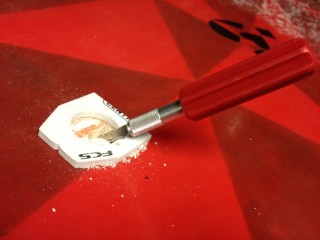 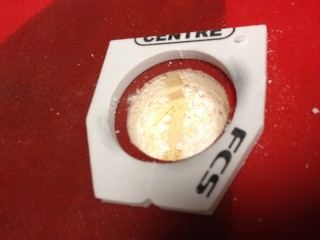 Remove the center circle of the jig to reveal the hole you just made. If you have a router then rout out the center of the plug. Otherwise use a scissor or a flat head screwdriver and pop off the fiberglass top. I used an exact knife to remove the foam and cut out the stringer. Be forewarned, if you have a bamboo stringer, it's going to be pretty tuff to cut through it, just be patient and remove a little at a time. A balsa stringer come out quite easily and can even be snapped off once the foam is removed. 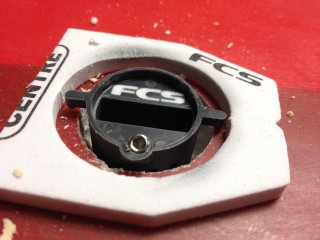 After all the foam has been removed you want to remove the inner circle of the jig and try to see if the plug sits flat inside the hole. If not, remove more of the foam and stringer until the tabs of the FCS plug sit flat on the deck. 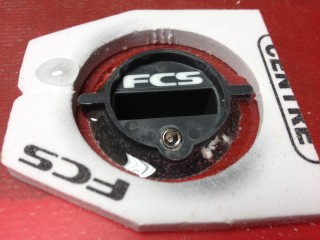 Next mix up the epoxy resin, make sure to follow the directions for proper proportions for the resin mix. Pour in resin until it fills half way into the holes and push in the plug. Make sure to push the plugs all the way till the tabs hit the fiberglass. Fill in the rest of the hole with resin and be careful not to overfill and let resin get into the screws. You will probably see some bubbles start to come up, you can use a toothpick mix around the area and get rid of the air bubble. Let the resin harden for the next couple of hours. 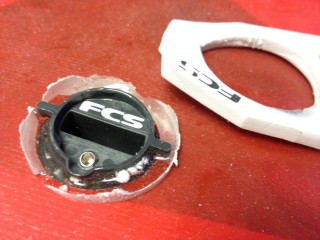 After the resin has dried, remove the jig and check out the cool resin ring that is left behind. The only thing I was not happy about, was that the plug dried at a slight angle. I think this is due to the hole cut out a being bit larger and it left a bit more wiggle room for the plug. Thankfully you'll never notice the angle on a video and it doesn't effect the mount in any way. 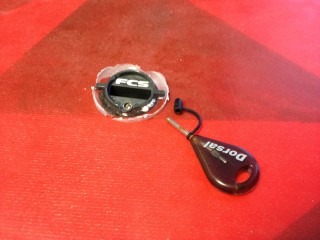 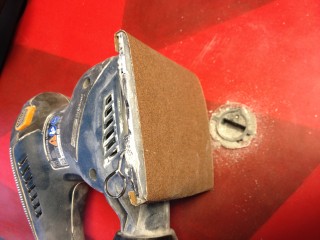 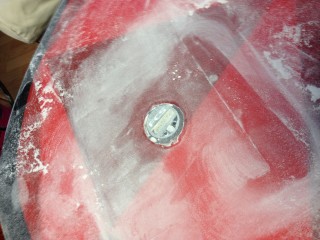 Lastly we need to sand down the resin so the plug is flush with the deck. Make sure to tighten the screw in, otherwise you will damage the sander or add a new angle to the screw. A rotary sander would be preferred for this job, but use what ever you have on hand. Sand using a pretty heavy grit to flatten out the plug and try to move in circular directions. Then move down into a lighter grit paper to bring back the sheen to the deck of the board. 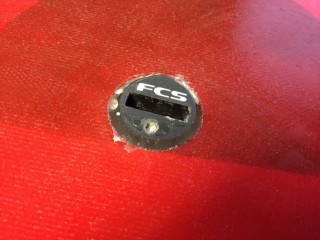 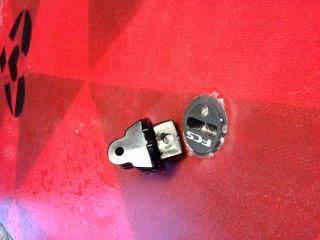 Once this is all done, you should be left with a smooth deck surface and an extremely solid mount for your GoPro on your surf board. No more ugly sticky pads and having to worry if the GoPro will get knocked off. 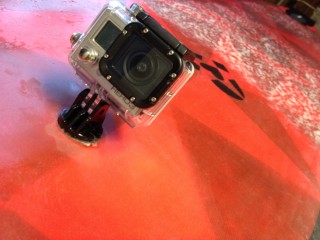