I know some people think surfing Nazare's wave isn't as presegious as surfing Jaws or  Mavricks. But there is something to be said when you are flying down a fat mount of water 60 to a 100 feet in height. Sure it's not a wall, but thank goodness, I don't think big wave surfers could ever have gotten on it.

Big Monday is a short film about that fateful day in  October 28th 2013  and the surfers who were out there. From the near  drowning of Maya Gabeira  and possibly the largest wave surfed on record. It was a pretty thrilling and heroic day for surfing. Check out the video below.

BIG MONDAY - A CLOSER LOOK from POLVO32 on Vimeo.

Getting shacked on valentines day 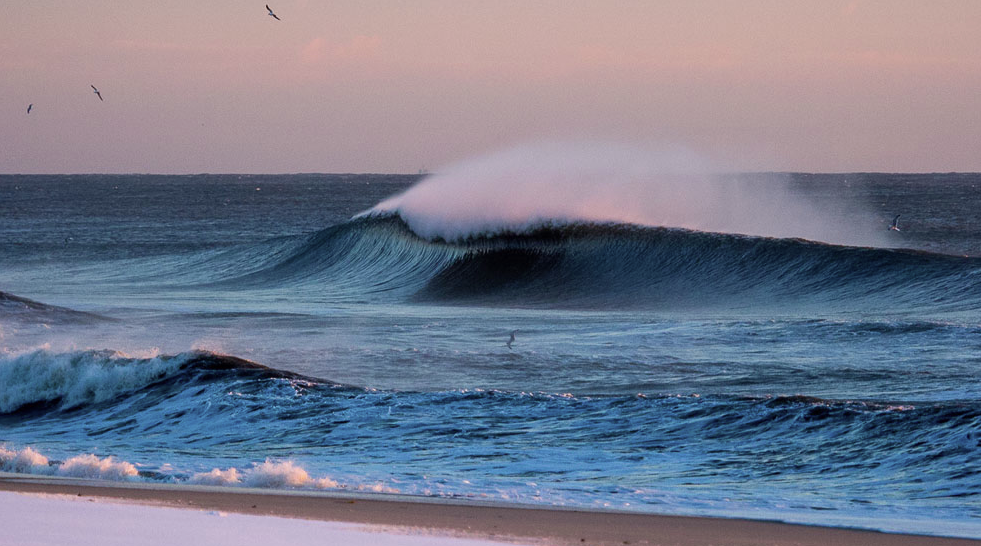 While I wasn't able to enjoy the sweet swell that came through the east coast this valentines. Surfline did a great feature on what came through. It even has my favorite surf spot. Who would have thunk it. Check it out, Surfline's east coast Valetines day swell http://www.surfline.com/surf-news/east-coast-valentines-day-swell_106671/ .

valentines day / surfing on the day of love

Recently I read an article about Kristi Olivares  from  shesurfs.com.au about how she surfed while pregnant. It's a facinating read and I'm impressed that she was able to do it for the full 9 months. I'm pretty sure she's had her baby by this point and I'm curious about how quickly she returned to surfing. The human body is amazing.

Recently Surfing magazine did a nice feature on surfing Portugal with Griffin Colapinto, Parker Coffin and  native Nic Von Rupp. I'm not sure what Surfing Mag was thinking when they devolped the layout of the webpages, while pretty, it's confusing. To make my life and any one else's a lot easier here are the direct links to each article of the series.

Also here's a nice video to go with it all.

Aerial video of surfing Pipeline during the winter of 2013

Eric Sterman put together some aerial footage of surfing at the North Shore of Oahu, Pipeline.

There's not much to say.